Haim STEINBACH
mypoemisfinishedandIhaventmentionedorangeyet
2019
Found text from “Why I Am Not a Painter” by Frank O’Hara; matte black vinyl; acrylic paint
Dimensions variable
Edition of 2

Haim Steinbach
you dont see it, do you
1994
dimensions variable

Haim STEINBACH
mypoemisfinishedandIhaventmentionedorangeyet
2019
Found text from “Why I Am Not a Painter” by Frank O’Hara; matte black vinyl; acrylic paint
Dimensions variable
Edition of 2

Haim Steinbach
you dont see it, do you
1994
dimensions variable

For more than four decades, Haim Steinbach has explored the psychological, aesthetic, cultural and ritualistic aspects of collecting and arranging already existing objects. His work engages the concept of “display” as a form that foregrounds objects, raising consciousness of the play of presentation. Steinbach selects and arranges objects – which range from the natural to the ordinary, the artistic to the ethnographic – thereby emphasizing their identities, inherent meanings and associations. An important influence in the growth of post-modern artistic dialogue, Steinbach’s work has radically redefined the status of the object in art.

Born in Rehovot, Israel in 1944, Haim Steinbach has lived in the United States since 1957. He received a BFA from Pratt Institute in 1968, followed by a MFA from Yale University in Connecticut in 1973.

In 2018, Steinbach presented a solo exhibition titled, every single day, at Museum Kurhaus Kleve, Germany. The exhibition will travel to the Museion Bolzano, South Tyrol, Italy in May 2019. Throughout his career, Steinbach has exhibited his work consistently at major museums worldwide. In 2018, he presented zerubbabel, the inaugural exhibition of Magasin III, Jaffa, Israel. In 2013, the Hessel Museum of Art at Bard College in New York presented an important solo exhibition of the artist’s work since the early 1970s, entitled once again the world is flat, which traveled to Kunsthalle Zurich and the Serpentine Gallery, London. Other notable solo presentations include The Menil Collection, Houston (2014); Statens Museum fur Kunst, Copenhagen (2013-14); Berkeley Art Museum, UC Berkeley (2005); Museum Moderner Kunst, Vienna (1997); Castello di Rivoli Museo d’Arte Contemporanea, Turin; Italy (1995); Kunsthalle Ritter, Austria (1994); Osmosis at the Guggenheim Museum, New York (with Ettore Spalletti), (1993); no rocks allowed at Witte de With Centre for Contemporary Art, Rotterdam (1992);

and CAPC musée d’art contemporain, Bordeaux (1988). His work was presented at the 1999 Venice Biennale as part of the 47th International Art Exhibition curated by Germano Celant, and featured in Documenta IX, Kassel, Germany (1992), curated by Jan Hoet. 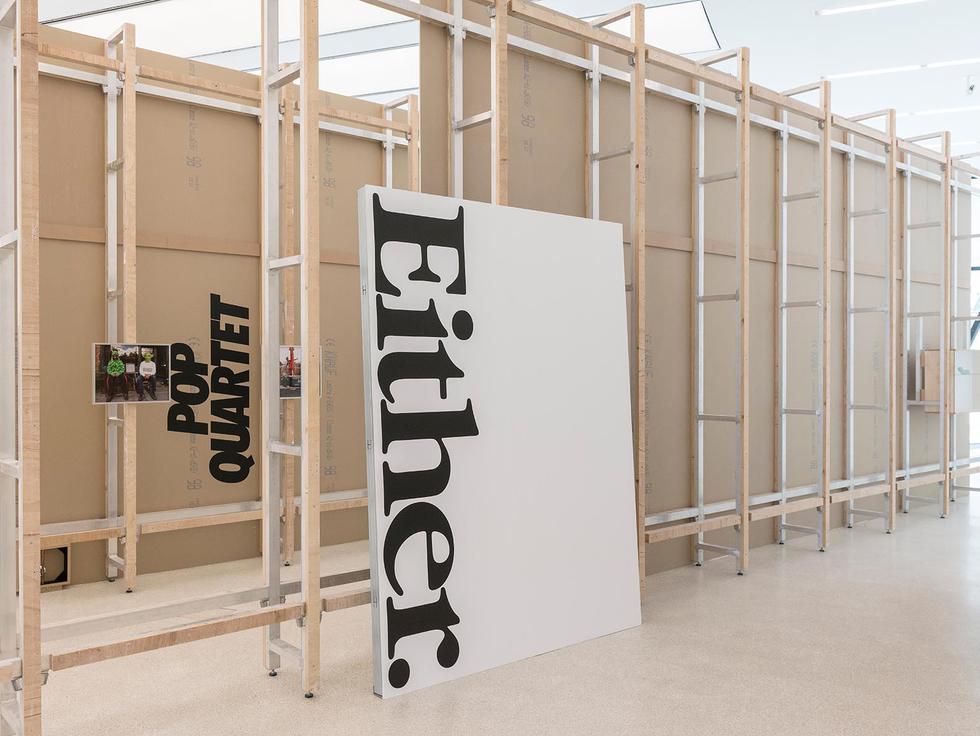 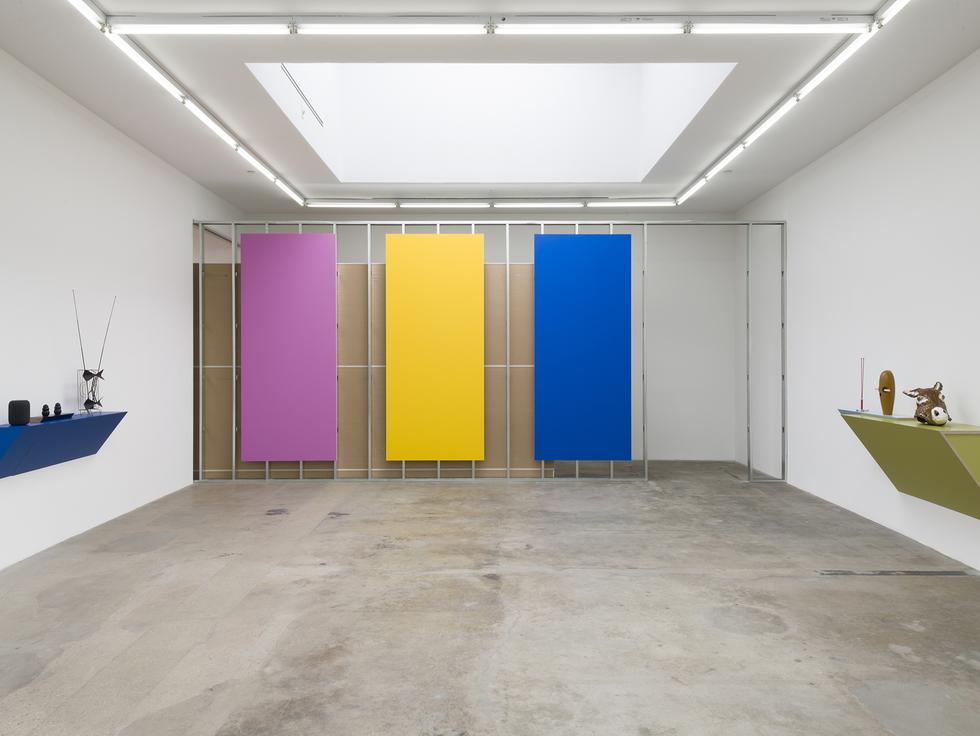 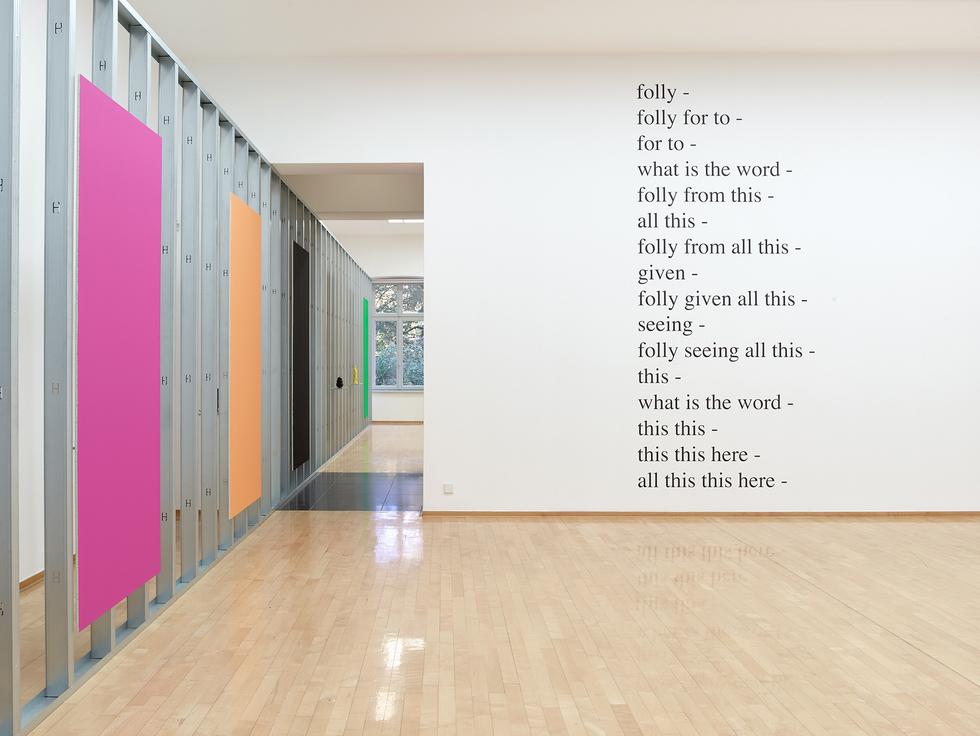 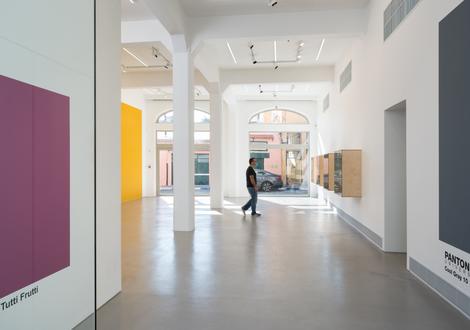