Graphite on linen on coil springs

digital prints and color pencil on museum board

c-print and chromogenic emulsion on canvas

Graphite on linen on coil springs

digital prints and color pencil on museum board

c-print and chromogenic emulsion on canvas

Conversation with the Artist and Johanna Burton, New Museum’s Keith Haring Director and Curator of Education and Public Engagement: February 21, 2015; 11am

Tanya Bonakdar Gallery is pleased to announce the second solo exhibition of new works by Analia Saban. Presenting works on both floors of the gallery, Saban invites us into the metaphorical space of the backyard, in which the artist’s new works variously employ wood, marble, found household objects, pigments, and encaustic. In this new body of work, Saban continues to use the traditional elements of painting and sculpture to explore, expand and disrupt the properties of these media through alternative methods and processes.

In the current exhibition, Saban brings her radical approach to the realm of the outdoor domestic scene, which becomes a backdrop for the artist’s storytelling. Engaging the history of painting and the possibility of art-making as an alchemical process, Saban continues her investigation of the line between painting and sculpture. Presented in the main gallery, the Draped Marble works employ material that has undergone a transmutation, its once solid form now more akin to fabric than stone. Here, Saban reinterprets traditional sculptural material in order to plumb its relationship to painting, specifically by exposing the minerals in the stone, linking this to pigments used by painters from earlier eras. Formally, the marble’s broken surface betrays variations in the crystalline structures of the stone itself, revealing a range of abstract patterns and rendering stone as canvas.

Suggestive of a paint storage room, the upstairs project space presents work that examines painting and pigment through the medium of photography. In the works Scrapped (Paint Storage Room) and Markings (from Paint Storage Room) Saban scrapes the chromogenic emulsion from the photographic paper, manipulating photographic material as pigment. In Paint Cross Sections (from King Tut to Judy Chicago) the composition is built from cross-sections of pigments of famous artworks. Using research from the Getty Conservation Institute, Saban’s approach is akin to that of a scientist or forensic investigator for whom the imagery and information presents a time capsule, or even a portrait of the time at which the object was produced, including the tools and technologies of that culture. Each element of Paint Cross Sections reveals the textural quality of pigments as can only be seen under intense magnification, bringing to light the coarse grained material in Renaissance pigments juxtaposed with the silky, synthetic paints used by the likes of Andy Warhol and other 20th century artists.

In the upstairs gallery, the backyard is materialized in a laser-cut diptych, whose imagery brings together elements referenced throughout the exhibition. Conceptualizing the domestic workspace of the backyard as a space for creativity and projects in process, Saban suffuses these ideas into works whose formal elements engage painting in its most minimal state. Bulge (Black) #1, Study for Vestige, and Vestige reimagine the painting as a container for paint, a theme central to Saban’s practice. These artworks serve as repositories and are infused with the surplus ink used to make the Paint Rag series, whose canvases are saturated with differing amounts of printmaking ink to yield their distinct textures. The Paint Rag works variously appear as the tools of painting or the consequences of creativity. The monochromatic palette of this presentation delves into the dichotomy of positive and negative, chromatically and formally. Throughout the exhibition Saban explores the modalities of painting, drawing upon its possible functions and tapping into its historical linkages in order to push beyond its perceived boundaries.

Analia Saban (b. 1980 in Buenos Aires, Argentina) lives and works between New York City and Los Angeles. Currently, Saban is included in group exhibitions Variations: Conversations in and Around Abstract Painting at LACMA, CA (through March 22, 2015) and the upcoming Vibrant Matter at Kiosk in Ghent, Belgium (February 14 thru March 29, 2015). The artist was recently featured in Prospect.3 New Orleans, Contemporary Arts Center, New Orleans, LA and An Appetite for Painting, National Museum of Norway, Oslo.  Recipient of the Norton Museum’s 2012 "Rudin Prize For Emerging Photographers,” Saban also participated in the Hammer Museum’s, Made in LA group exhibition in 2012.   Saban’s works are represented in the collections of the Hessel Museum of Art at Bard College, the Hammer Museum at UCLA in Los Angeles, Museum of Contemporary Art in Los Angeles, Norton Museum of Art in Florida, and Los Angeles County Museum of Art. In 2016, Saban looks forward to her first major solo museum exhibition at the Blaffer Art Museum at the University of Houston, Houston, TX. 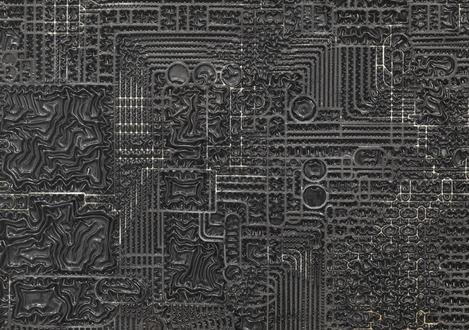 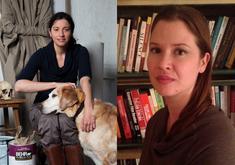